Hi everyone! This past Sunday I returned from a mini-vacation to Palm Springs. You can “do” Palm Springs in 4 days (as we did) pretty well actually.  You can enjoy some pool time, AMAZING restaurants, shopping and the spa - and your flight back home is only 2.5 hours. It’s really a little gem. You should try it. Just not in December as the weather was a bit on the cool side. 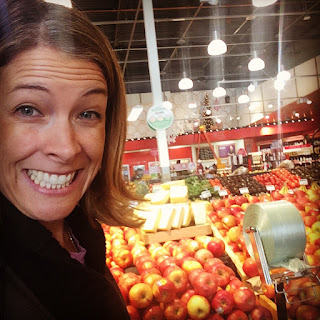 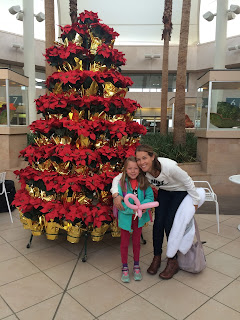 Oh, and the airport is the cutest!

Anyway, on this trip there was some indulgence. More food and alcohol than normal was consumed (of course) and that resulted in some sexy bloating, feelings of being fat, and quite frankly, just not feeling amazing. (Also this time, I did nothing in terms of exercise which I think had something to do with it). But generally, It seems that every trip I go on, I struggle with this a bit - mostly because it’s not within my normal controlled eating environment. You don’t always know when, what or where you will eat and of course your mindset is that you are ‘on vacation’. While there is nothing wrong with this in general, I feel like it doesn’t exactly work for me - something needs to give. I want to be able to go on vacation and either not deal with the feelings of being fat and over-indulging (accept that it's a vacation and relax about it all), OR simply come up with a plan to not indulge so much. Really not sure which one is easier actually.

Generally speaking, I believe in the 80/20 rule…eat well 80% of the time, and indulge 20% of the time. The thing is though, I am still not sure which way is best for my body to eat! It would be great to know what works best for my body so that at least during periods of indulgence, I would know how to get back on track right after. s I have shared before, so many of my past attempts at following a plan are simply not followed through on. But I do know that I need to do a little experimentation to see what works best for my body as I have some issues with digestion that I shouldn't really be ignoring. What is it that makes my stomach uneasy and digestion so poor lately – specifically? I have heard that if you are consuming foods that your body has trouble with, then it’s very likely to cause fatigue. It’s basically like your body is trying to “cope” with the foods it finds antagonistic. Which led me to thinking about my food sensitivity test…

So I have decided to do a series of mini experiments on my body – weeklong experiments to see how it responds to eliminating certain foods. I realize that a week isn’t a very long time (and that my naturopathic doctor would like it to be longer) but that’s all I am going to do. For now. Here’s what I would like to try:

1) Food Sensitivity Elimination
-using the results from my own food sensitivity test
-no dairy, peanuts, almonds, eggs
-allows gluten since it doesn’t show up on my test

2) Paleo
-real, whole food, minimally processed
-bye-bye gluten
-no grains, dairy, refined sugars
-would include eggs and almonds though (want to see how my body feels on this program even though it would include some of my own known food sensitivities)
-won't be hard core paleo - will likely include potatoes and maybe a few treats from "Against All Grain"

3) Whole 30 (Whole 7?)
-taking Paleo to another level
-cut out sugar (even if it’s honey or maple syrup as allowed on the Paleo Plan)
-something tells me I would do well on this as I have a sad, sneaky suspicion that sugar doesn’t like me

4) Ketogenic/Jorge Cruise
-this will be interesting as it will allow dairy
-basically it’s a low carb plan that puts your body in ketosis
-so generally, no gluten/grains either

5) Possibly....Would be interesting to know how I would do on a Paleo plan WITH the extra elimination of almonds and eggs as per my own sensitivity. I think I will wait and see how I feel on both the Paleo and my own elimination to see if this would be worth further exploration.

*I am also curious as to how I would do on intermittent fasting, but not really sure if that’s realistic for me
*Also thought about vegan -- but really not sure that's realistic either
*I cannot promise that I will give up red wine or coffee completely during this time (that would surely kill me)

Next week I am getting a celiac test done (my dad has celiac) as I am really curious if my poor digestion is the result of it. The fact that it didn’t show up on my food sensitivity test doesn’t rule out celiac (plus it is a bit old - 2 years) because sensitivities and allergies are different. In order for the testing to work, you cannot have eliminated gluten before that, and knowing Christmas is around the corner also, my experimentation will commence in the new year. The plan is to carefully document my food intake and just as carefully document how I am feeling in the following areas: energy; digestion; appetite; mental state; interest; overall physically. I am still working out the order of it all, but that's the plan. 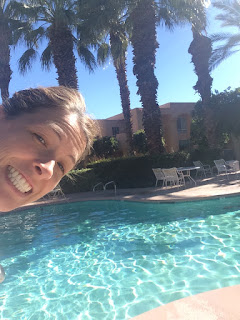