Do you guys recall the non-dairy milk alternative experiment I conducted with my daughter?? Well I did a similar experiment with waffles. My daughter loves waffles and I have admittedly been lazy and have been buying Eggo waffles (WITH FIBER before you judge!) ;)

Despite the additional fibre I know these aren't the best, so recently I went out and bought a waffle iron with the intention of trying a few recipes out. At first, I tried some gluten free recipes which were not quite a hit. Then I just decided to make them with regular whole wheat flour since I know she can tolerate it. I meant to start by following a recipe or two that I pinned from pinterest, but in the end, I just decided to try my own. 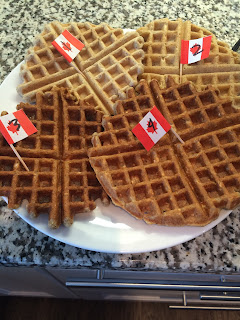 The winner was #4 which had some banana "hidden" inside. It was really quite good. Don't believe me...Maya ate it! She even said "Actually, this is really good!". Thanks. I think. The recipe is below: 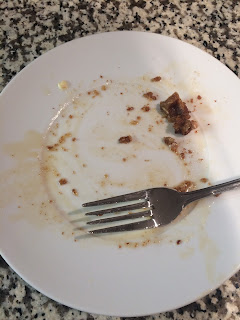